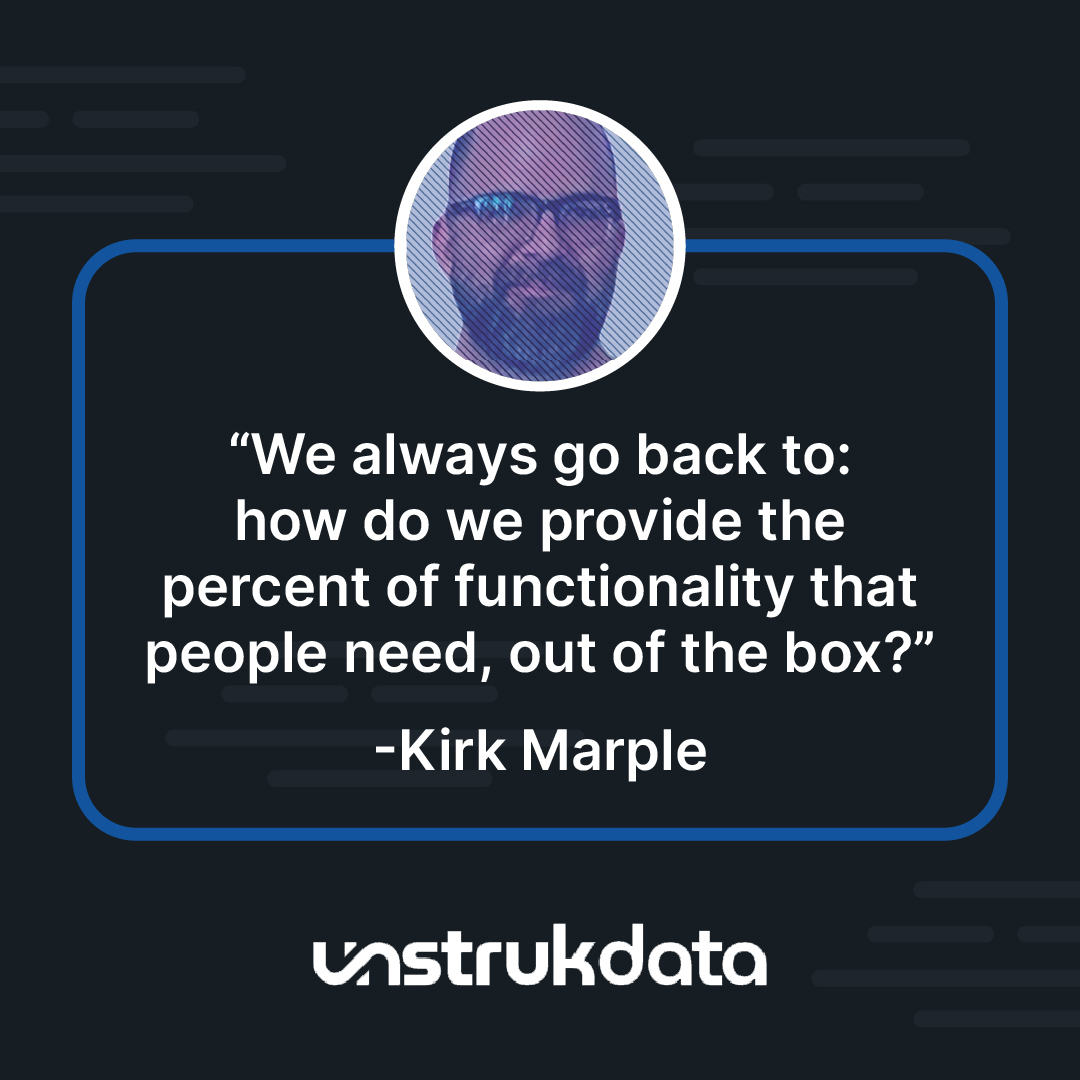 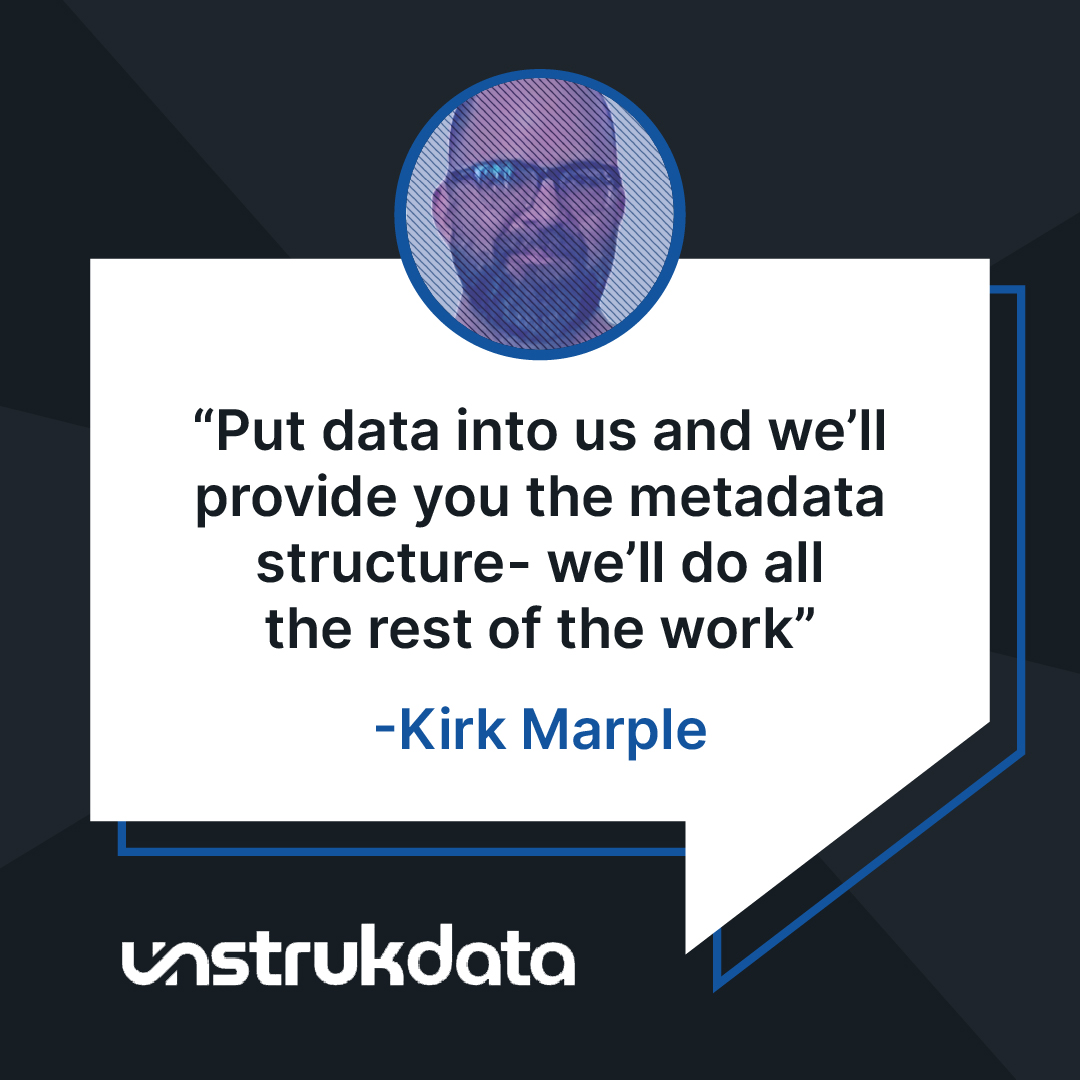 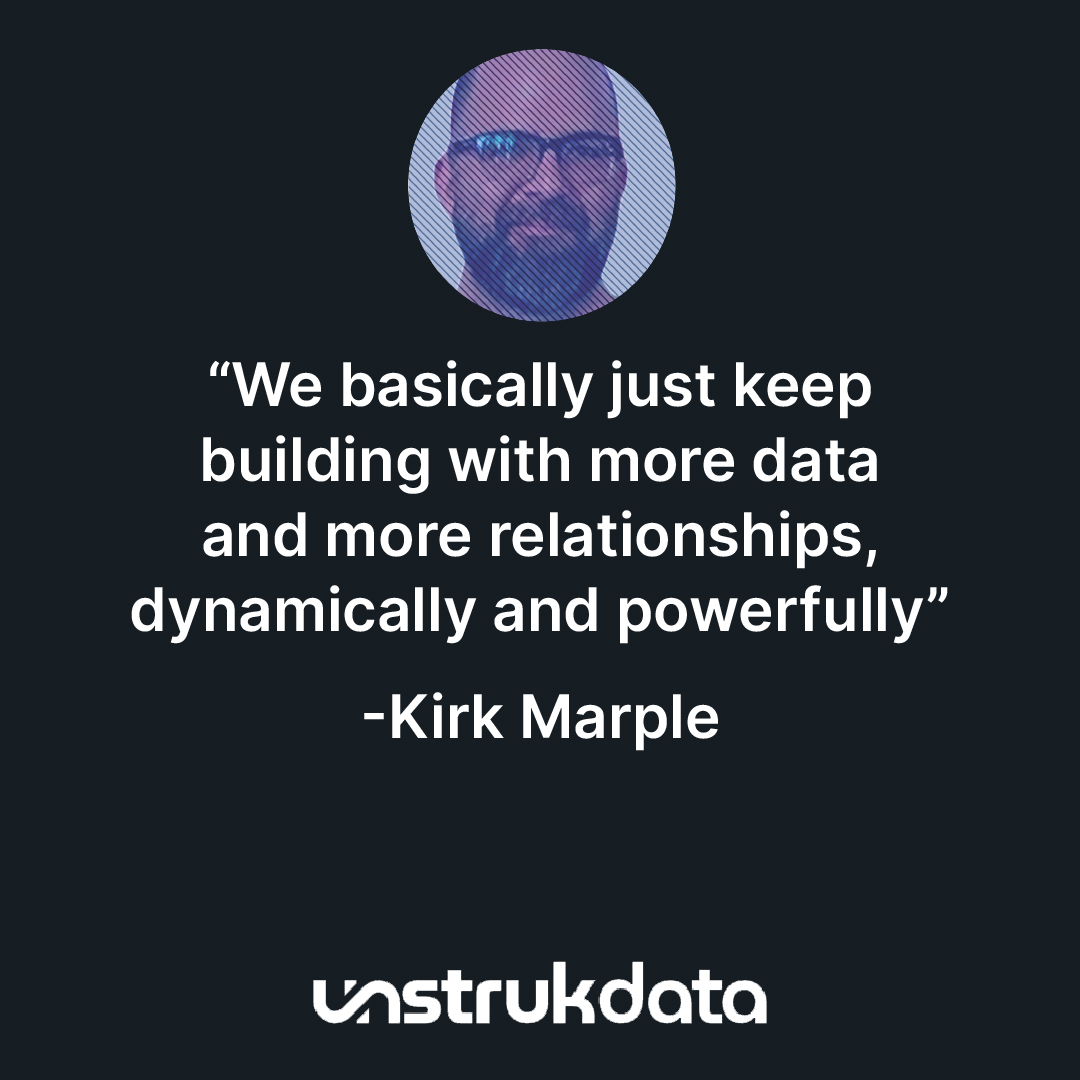 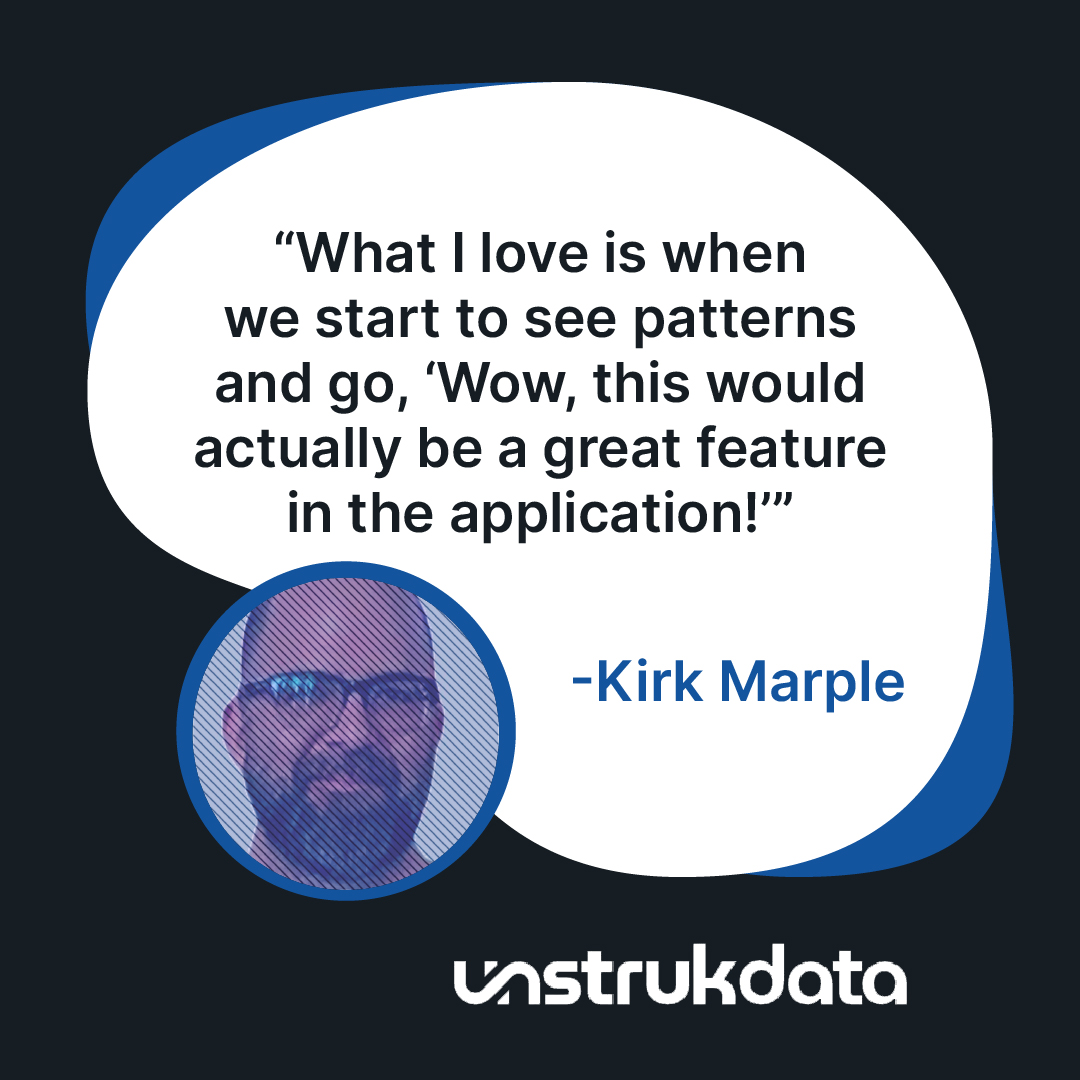 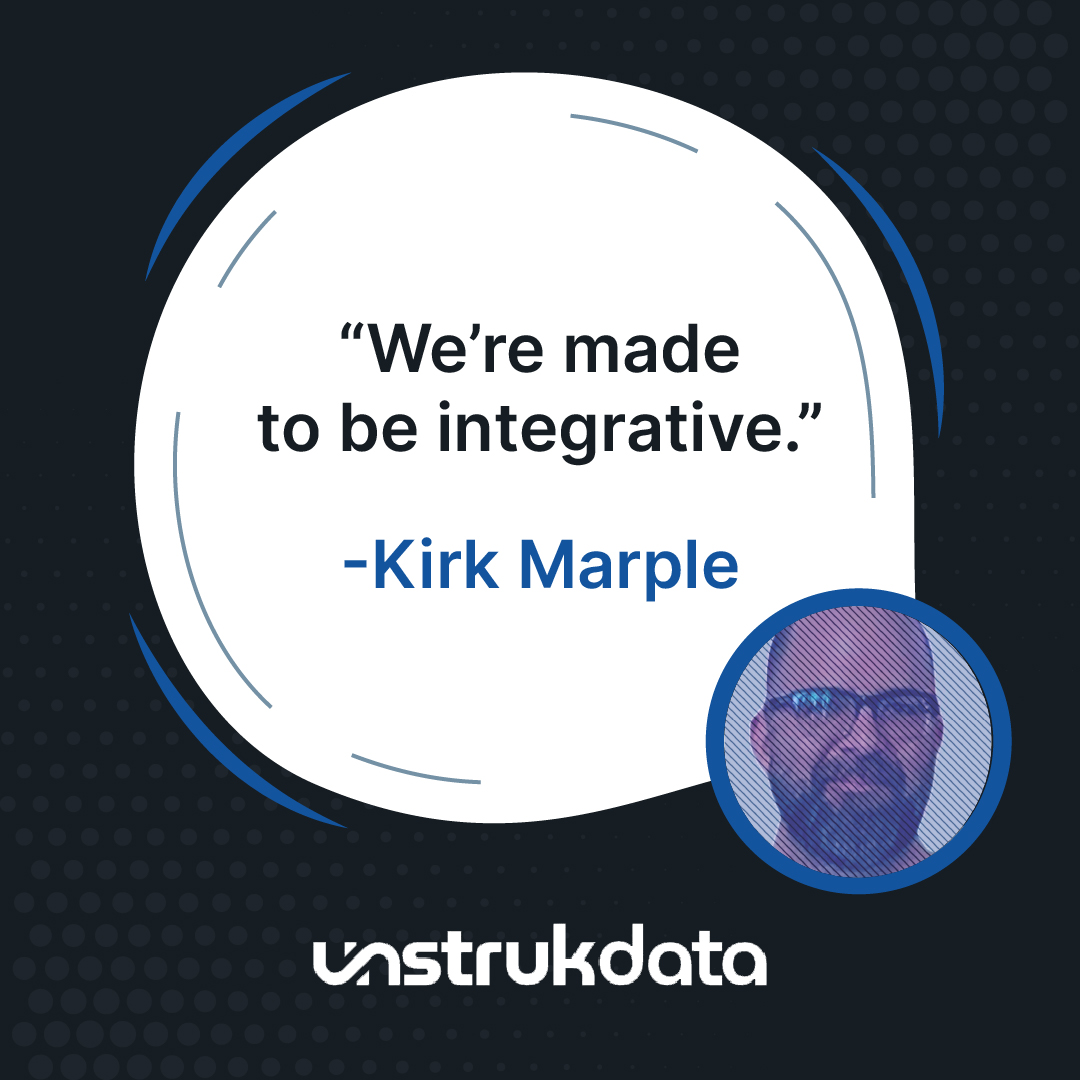 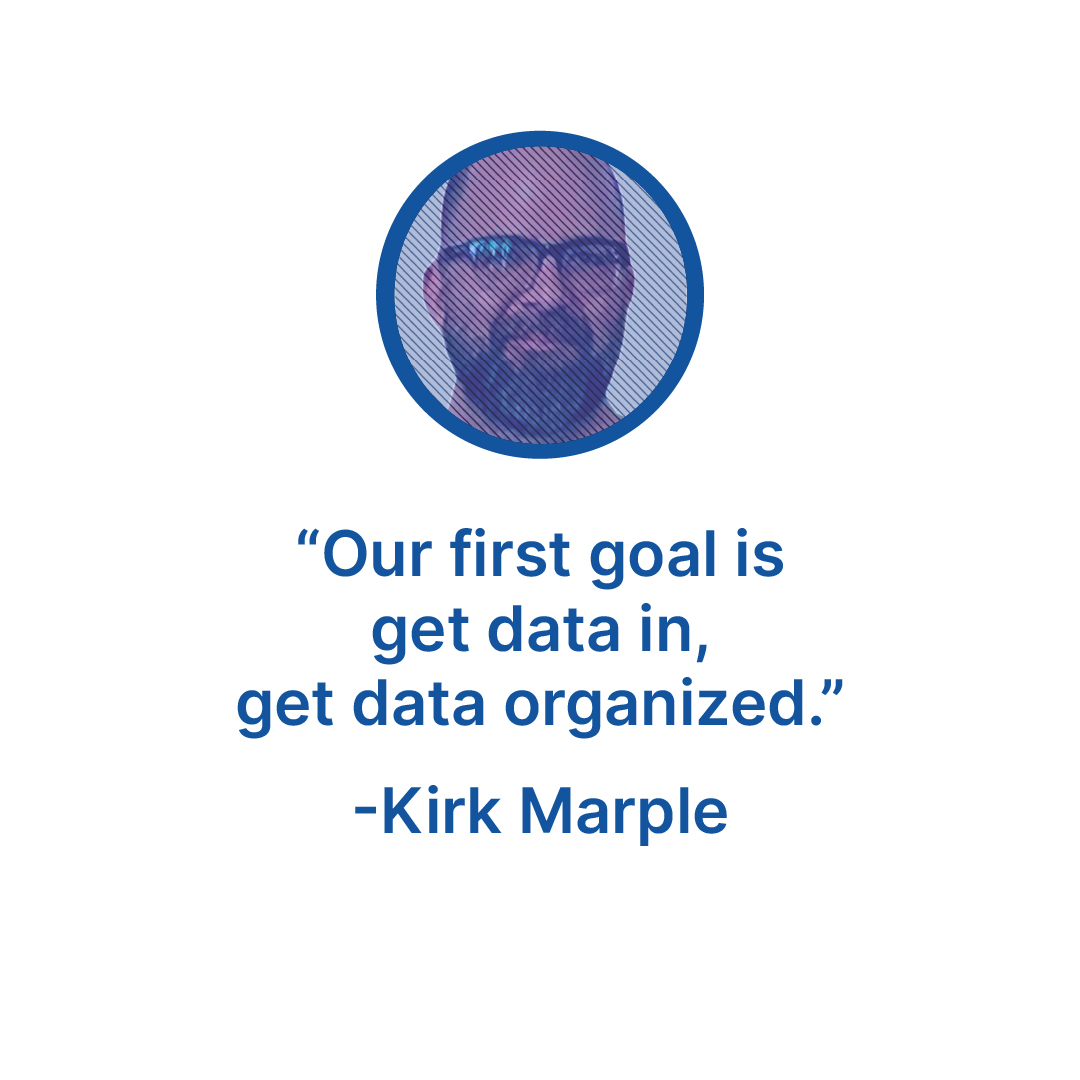 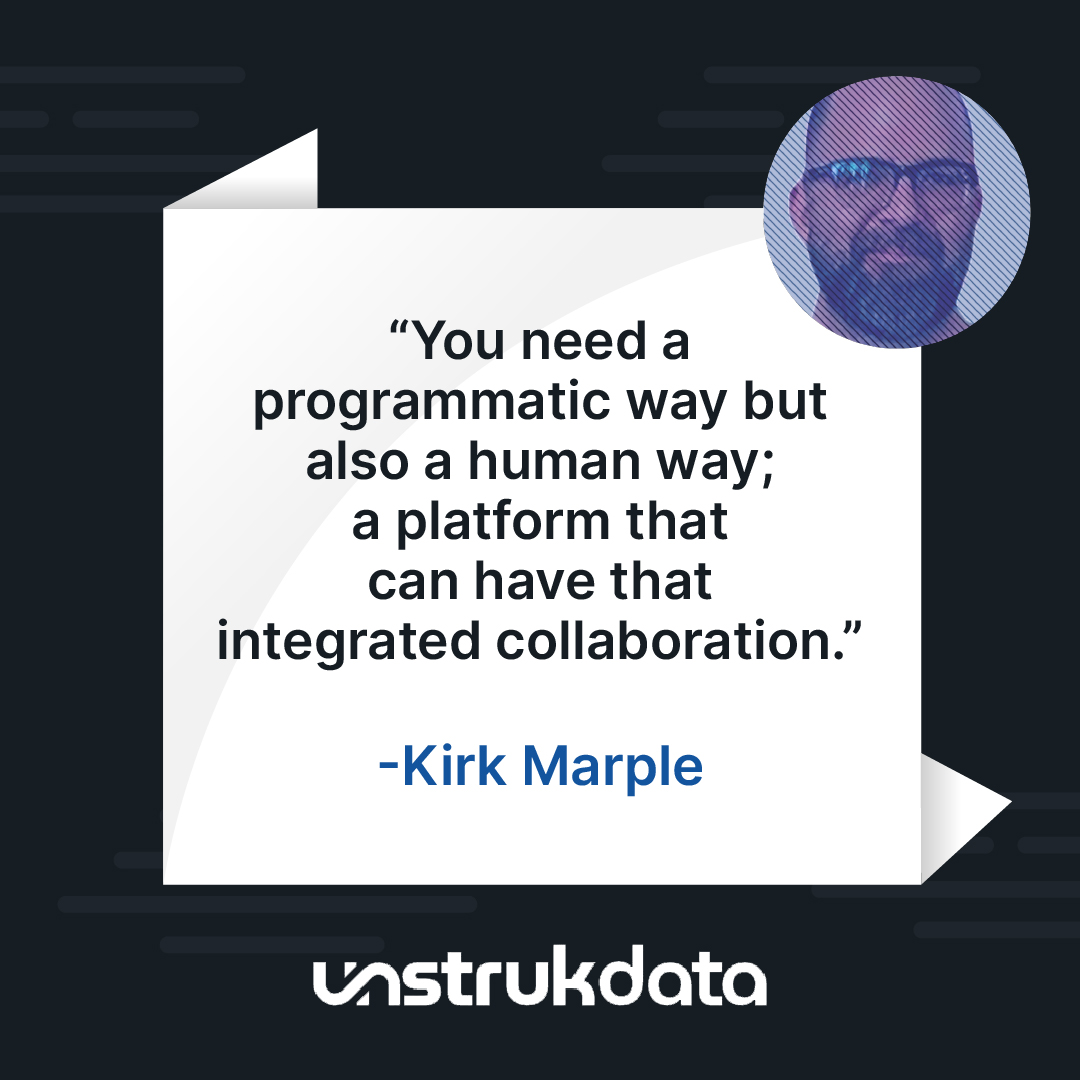 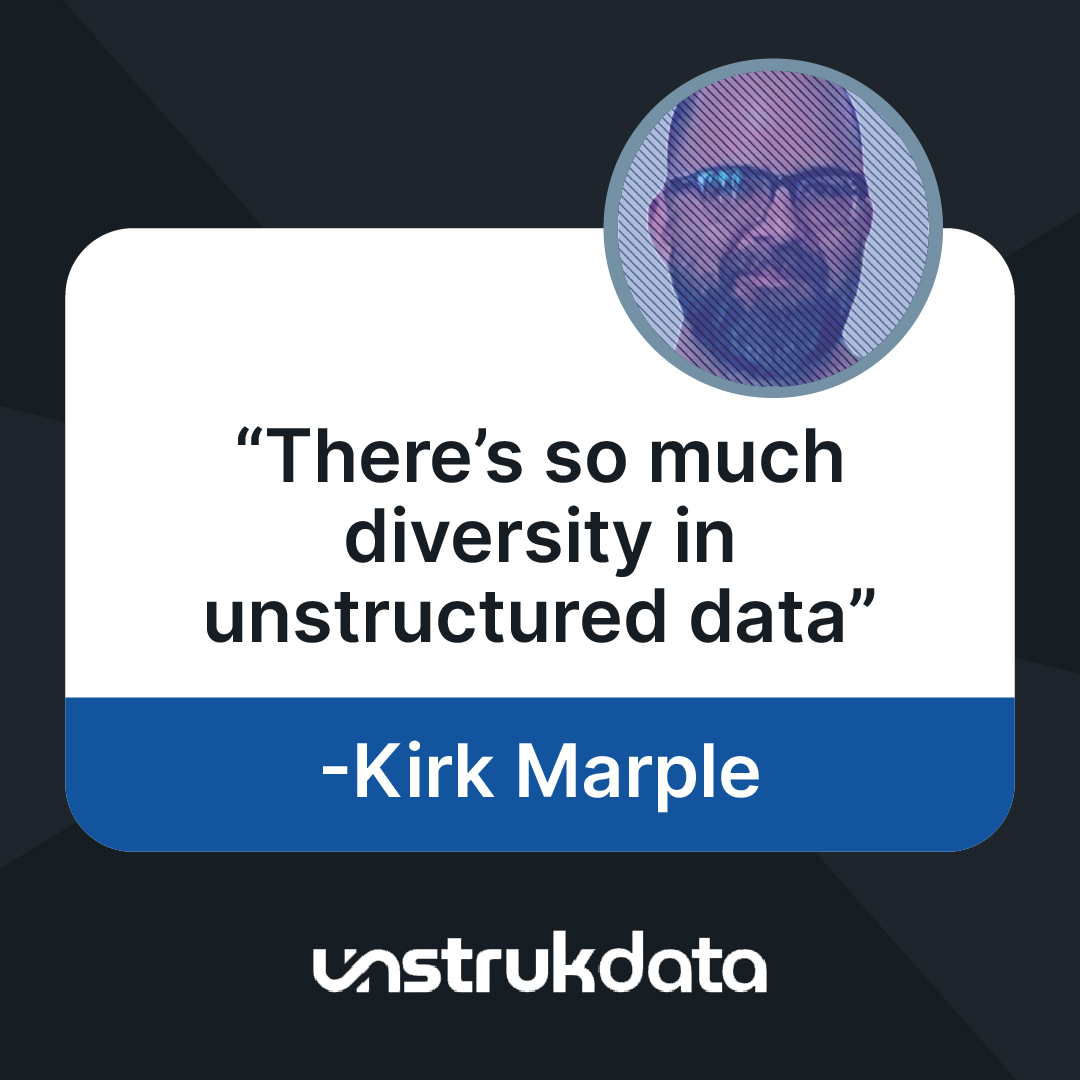 Kirk Marple has a comprehensive conversation with Anthony Algmin on the “Data Leadership Lesson” podcast. Marple, the founder of Unstruk Data, a data warehouse for unstructured data, converses with Algmin about his journey towards starting his company as well as the technical specifics about what he does. Marple goes into detail about the company’s structure as a software, a service, a platform, but also as a means for him to explore the diversity of metadata. Data often thrown into data lakes or S3 buckets or is perhaps  haphazardly organized by scratch, is carefully enriched and extracted by Marple’s company to provide a helpful means to navigate the assemblage of obvious and not so obvious categories attached to data .

This is not easy stuff, either. Going off and just trying to do it as an ad hoc process as part of a bigger thing, you are not going to have the level that one is going to need to be as successful as possible. Would you agree with all that?

Very much, and I think it’d be that we compete more against DIY, than then other real vendors. I believe we’re doing something unique, I mean, there’s obviously parts of it that overlap with other vendors, but the most we find are people cobbling together solutions.  We were talking to a university who was literally trying to hand build a solution internally, from a bunch of different tools… We’re seeing that across a lot of different spaces; commercial; real estate, universities, all these kinds of things. To me, it’s one of those cases where a university shouldn’t have to be building out a visual database or something like that. They should use a builder. That’s really what we want to do, we want to let them do their job. They’re really smart people there, they see a problem, they’re trying to solve it, but really they should just be able to buy something and continue to focus their efforts in other areas. That’s really what we’re about, [taking on] mundane, kind of “picks and shovels” workflows. It then accelerates people and lets them focus on the hard problems like building a bespoke computer vision algorithm, or wrapping an application around API’s that we provide.

What do you mean, exactly? By unstructured data warehouse?

Yeah, that’s a great question. I think it’s a way to explore and organize, in reverse order- to organize and explore data– but there’s also storage management at the heart of this. So unstructured data to me, and to our company, is everything: from images, to audio, to video to 3d, it’s anything you can basically put on disk.  The ability to then correlate all of those different data types together with structured data, as well- that’s another goal of our platform.  So it’s more than just a file system, it’s more than just a data lake. It has elements of the data catalog in terms of metadata management.  We have lineage tracking, we actually have somewhat of a version history as you track metadata. We know where files came from, and we know the artifacts we’ve generated, like thumbnails and preview versions. So it’s a little of a mix of things. It is a new area. There aren’t other unstructured data warehouses out there, but it’s the closest term, we could think of that fit. It’s about taking raw media type files, and canonicalizing them into some structure… We also see it as a top down approach where we have to build a good tool so we have a product called the “Unstruk Lens”, which is our front end application. That gives you that visual exploration and visual kind of inspection process, it is more for the line of business user. So we’re not just a platform, we do see that as growth- where people can start just dumping data into us, connect their s3 bucket, use our app..

Host / Podcast Bio: Anthony Algmin is the Convergence Platform Program Lead for AbbVie, looking to transform how the company uses technology and data. He also hosts “Data Leadership Lessons” as a means to discuss the future of business leadership. To quote his website “your next business card will be a YouTube channel”, speaking to the way that media technology will nevertheless integrate itself with more and more spaces. Algmin provides production and coaching services through his website to help business leaders achieve that growth in the transforming environment.

Guest Bio: Kirk Marple is the CEO of Unstruk. He began his career in Media Management and entertainment, owning a transcoding company. After selling it to diversify his prospects, Marple found inspiration within other areas of data management such as the automotive industry. To Marple, the use of data for car imagery and closed captioning had parallels in “time based telemetry.” However, Marple noticed problems within the storage of unstructured data and metadata within file based formatting and decided to expand into the business of optimizing a system to store, organize, and analyze metadata within pools of stored information.