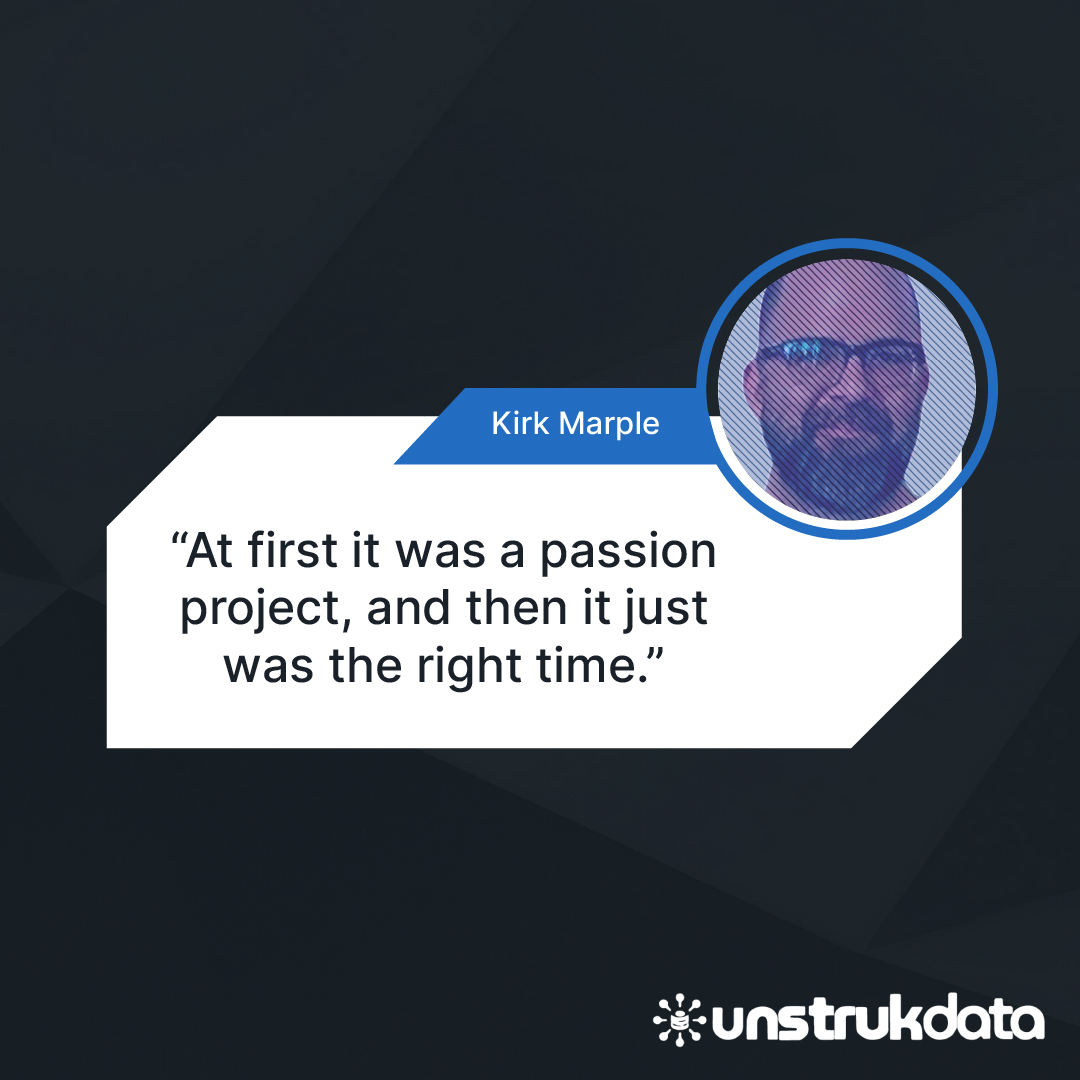 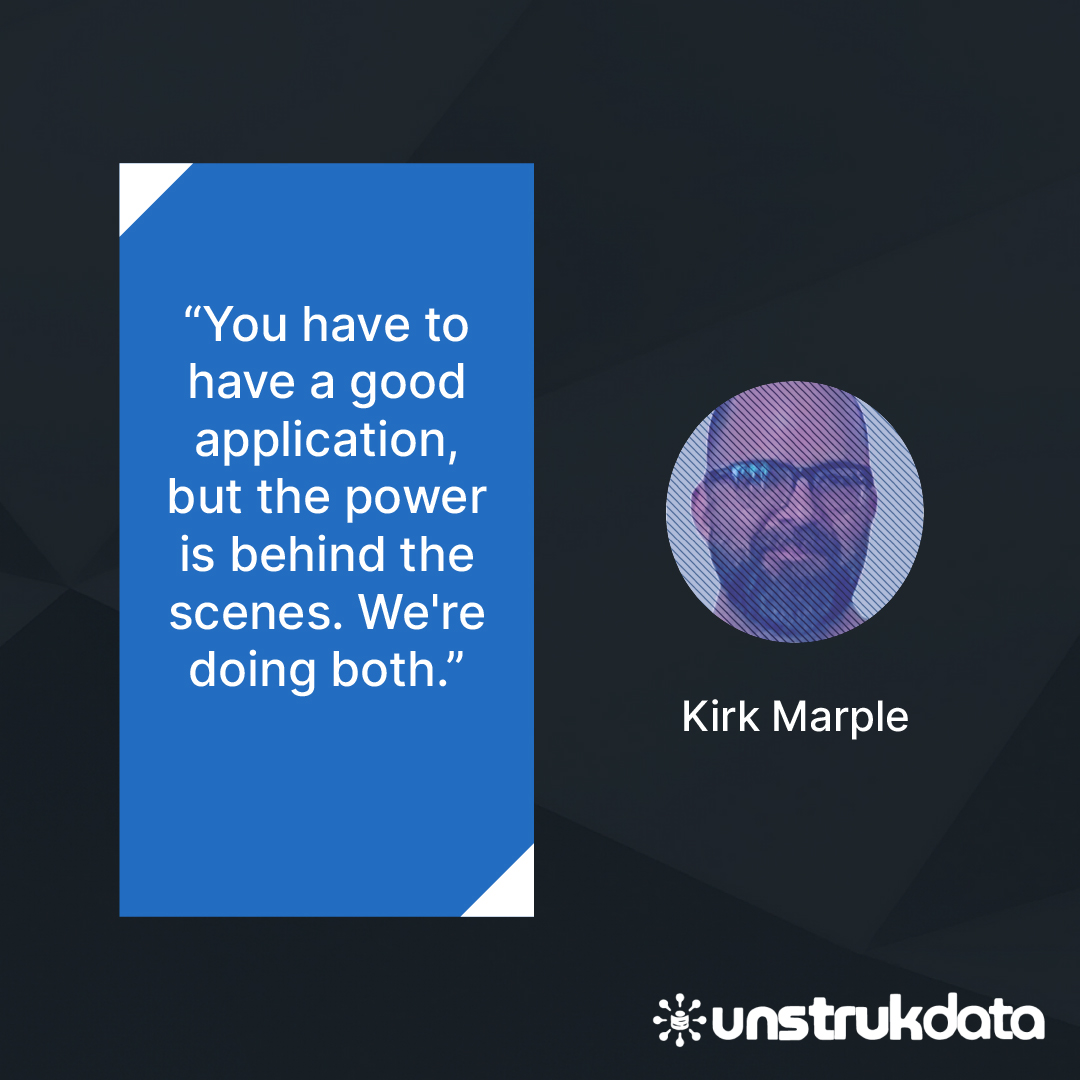 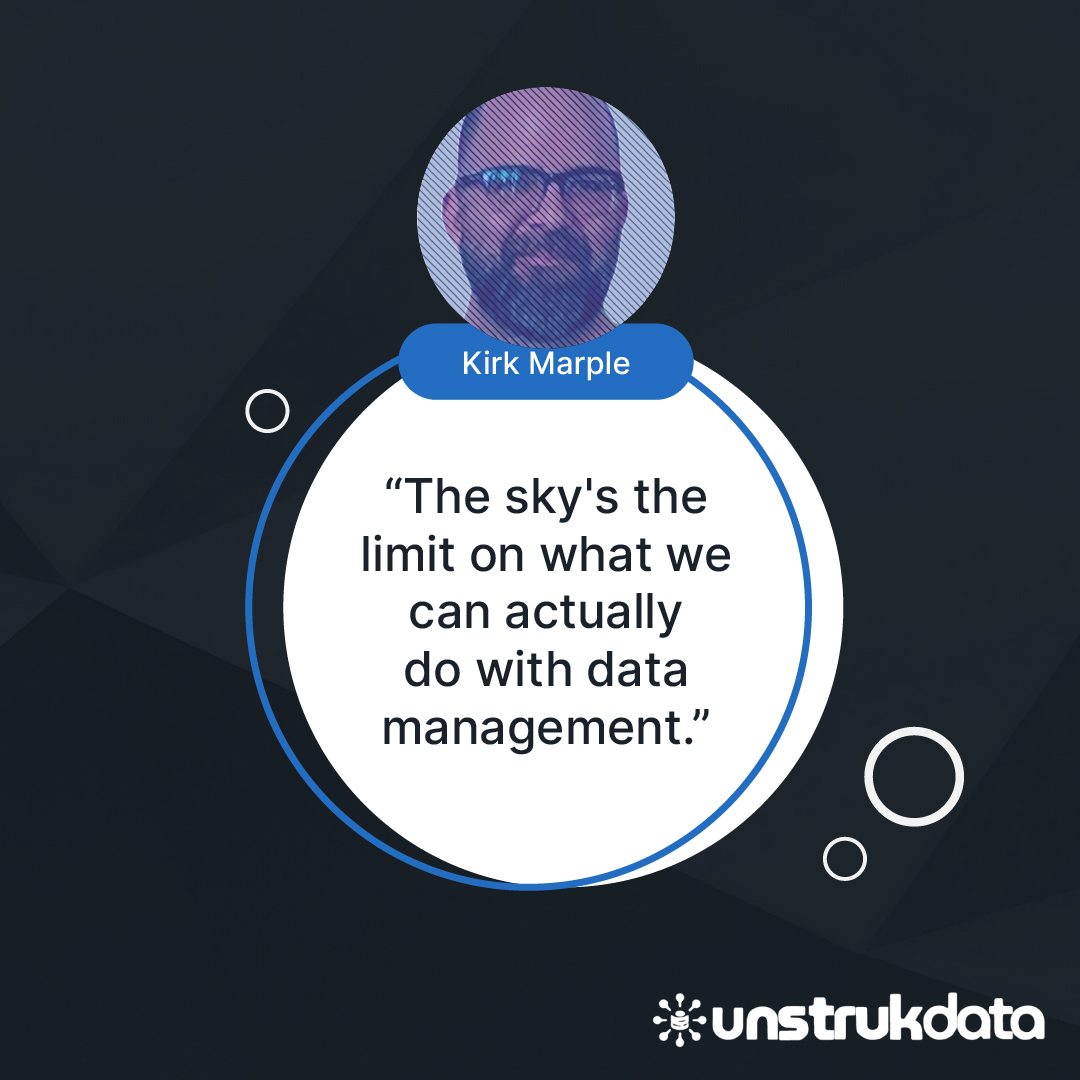 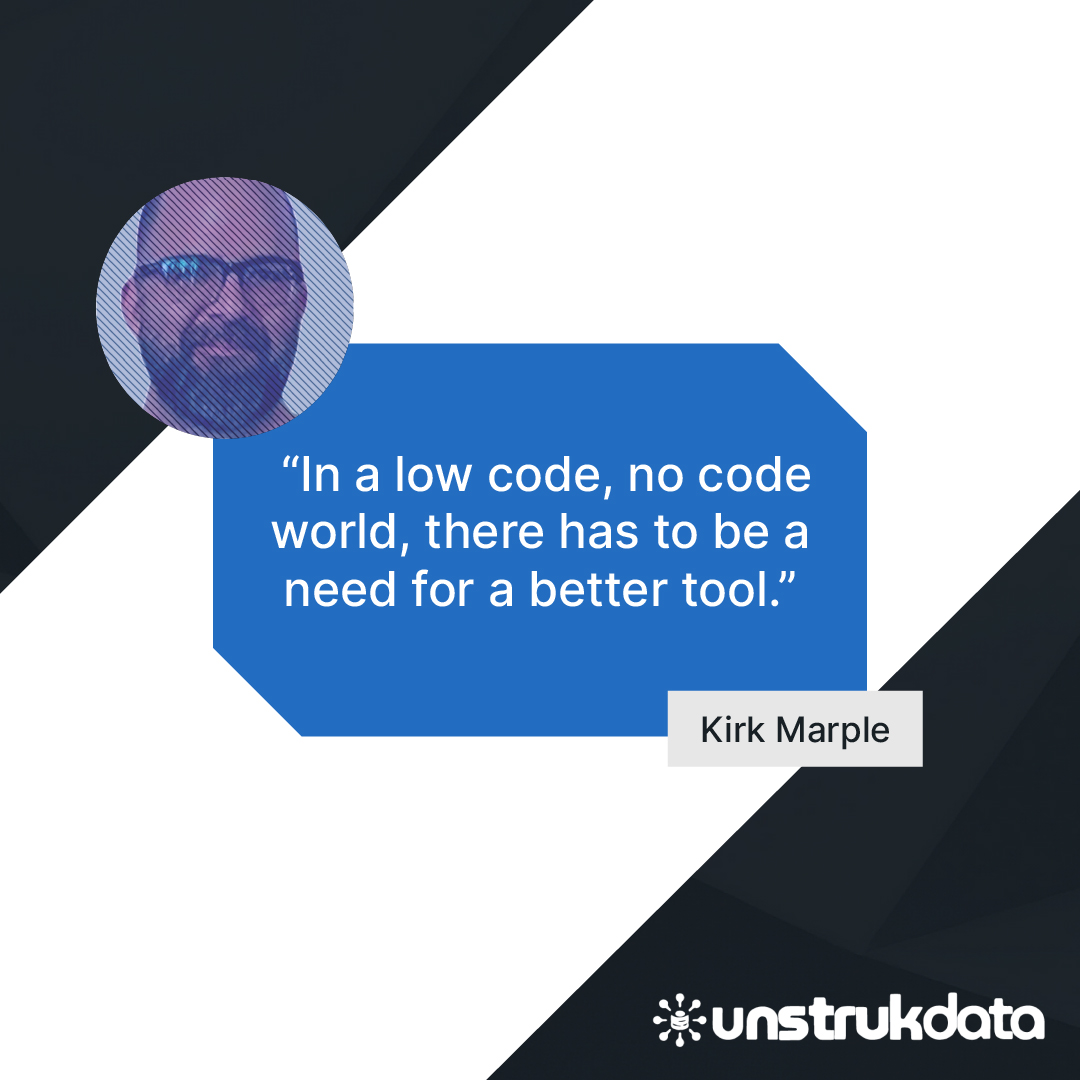 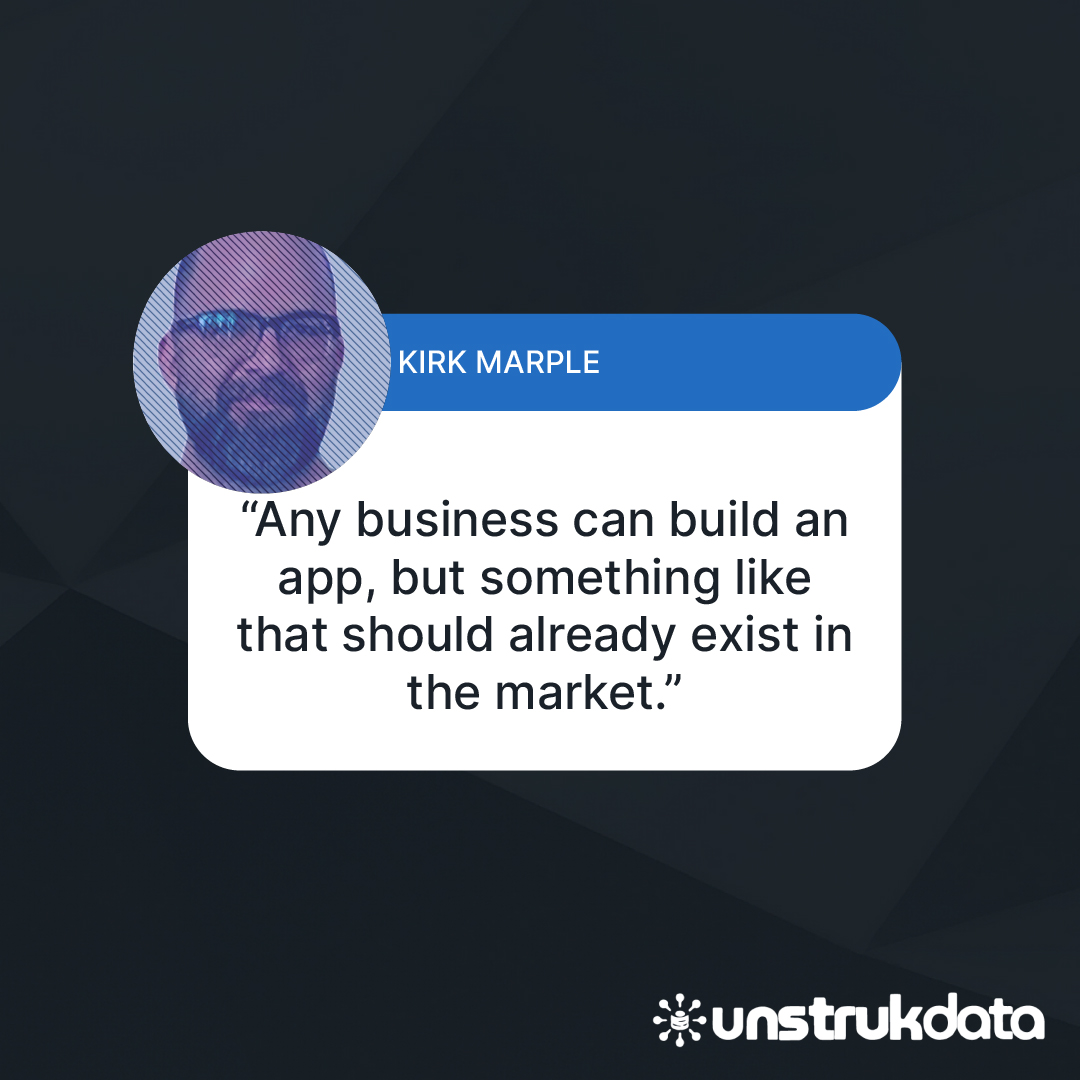 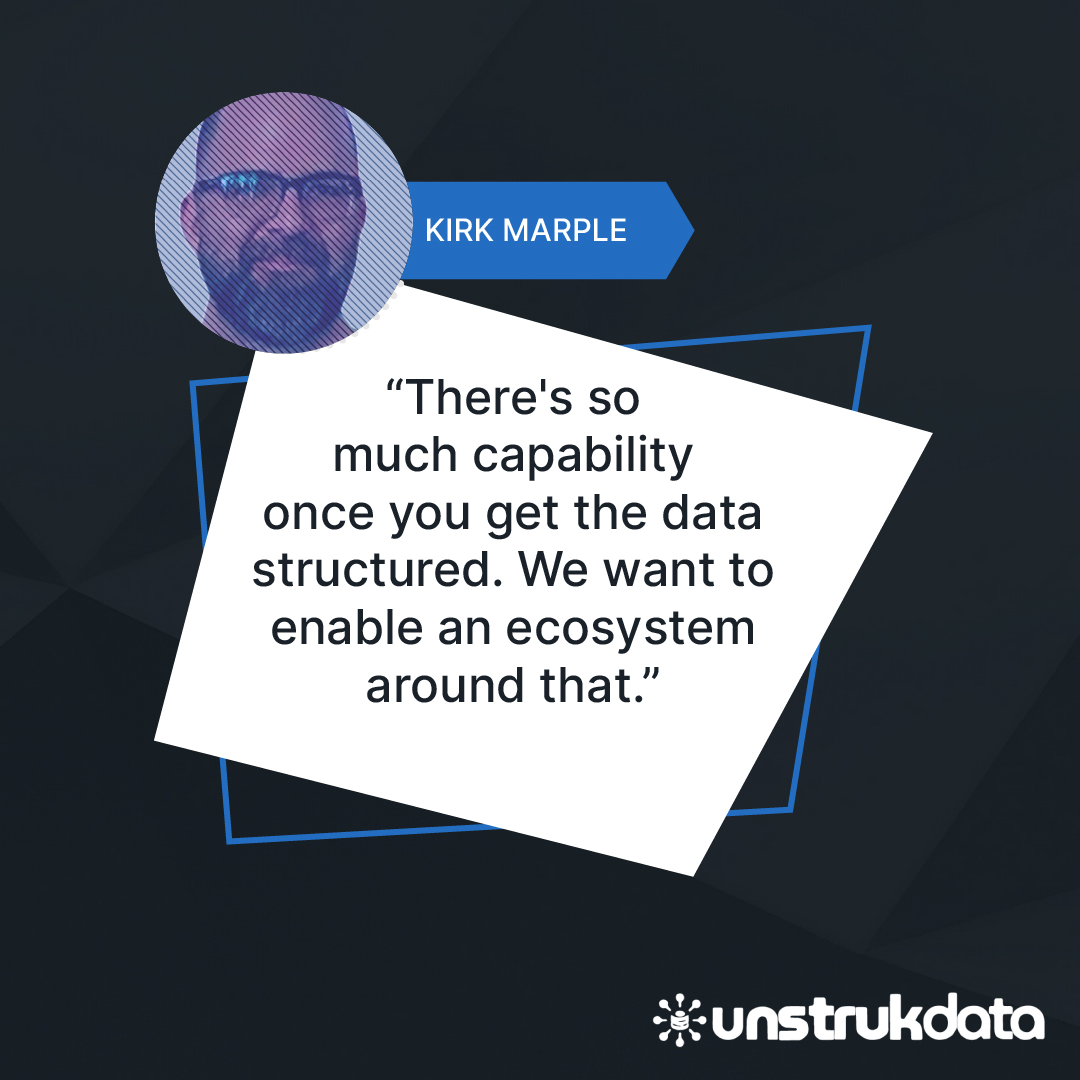 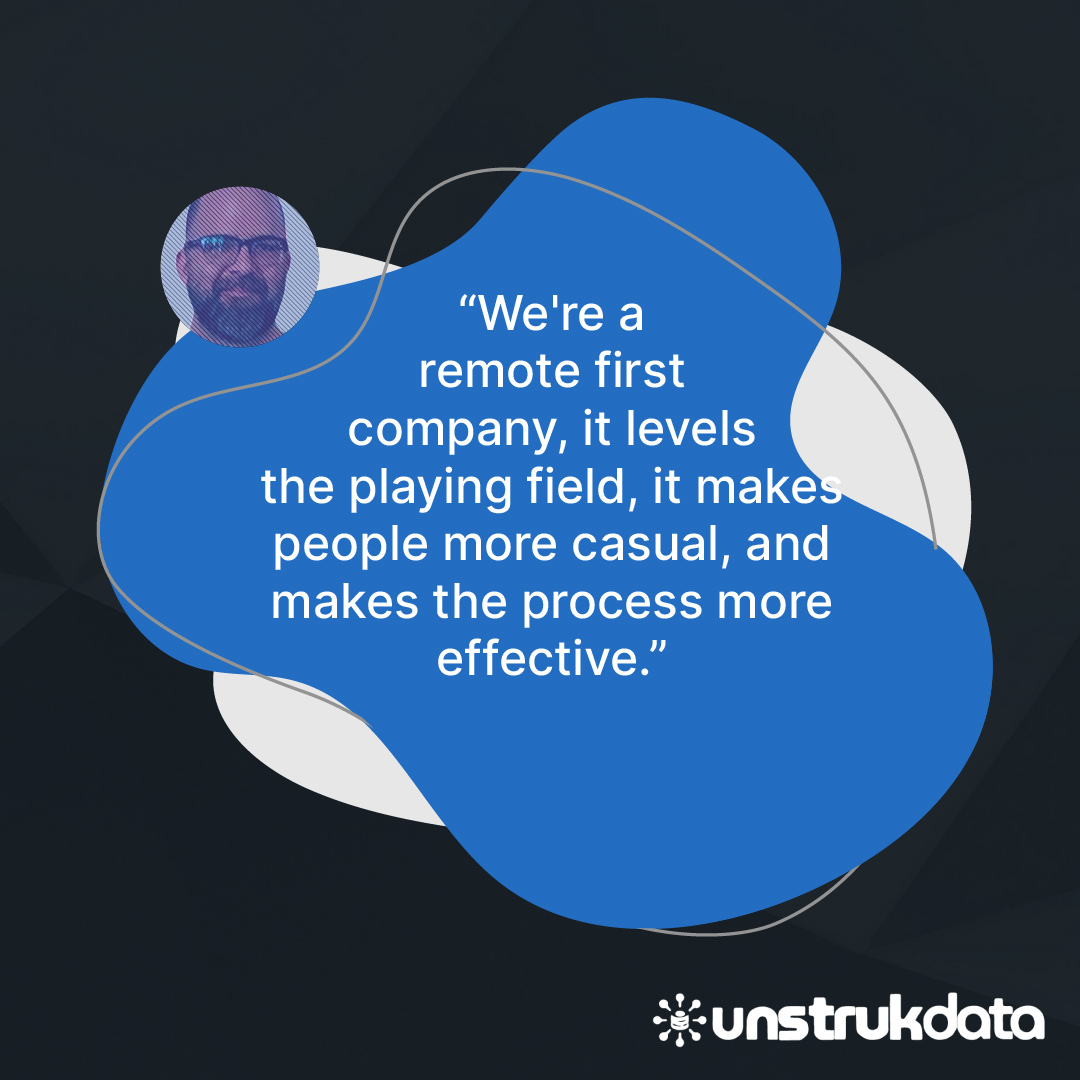 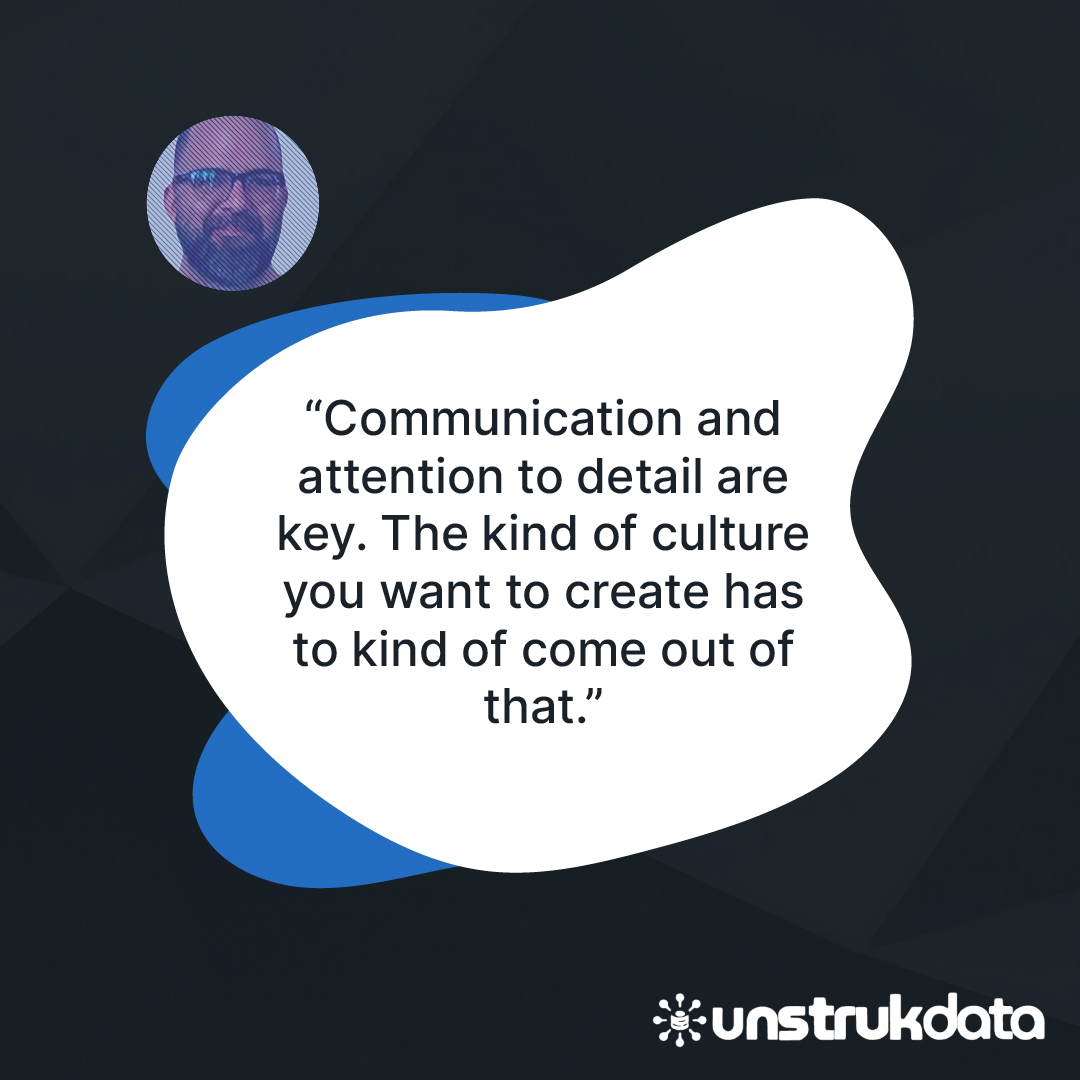 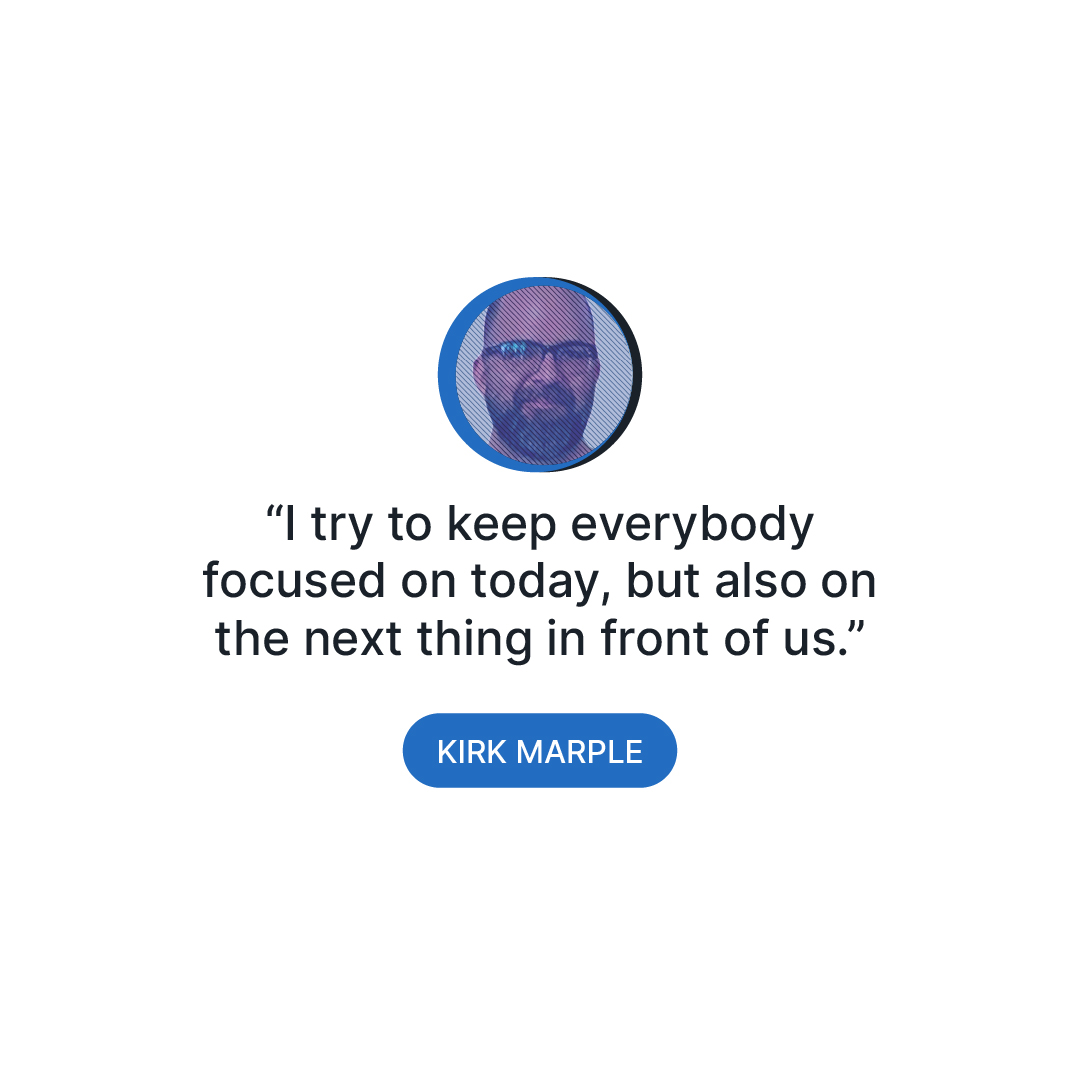 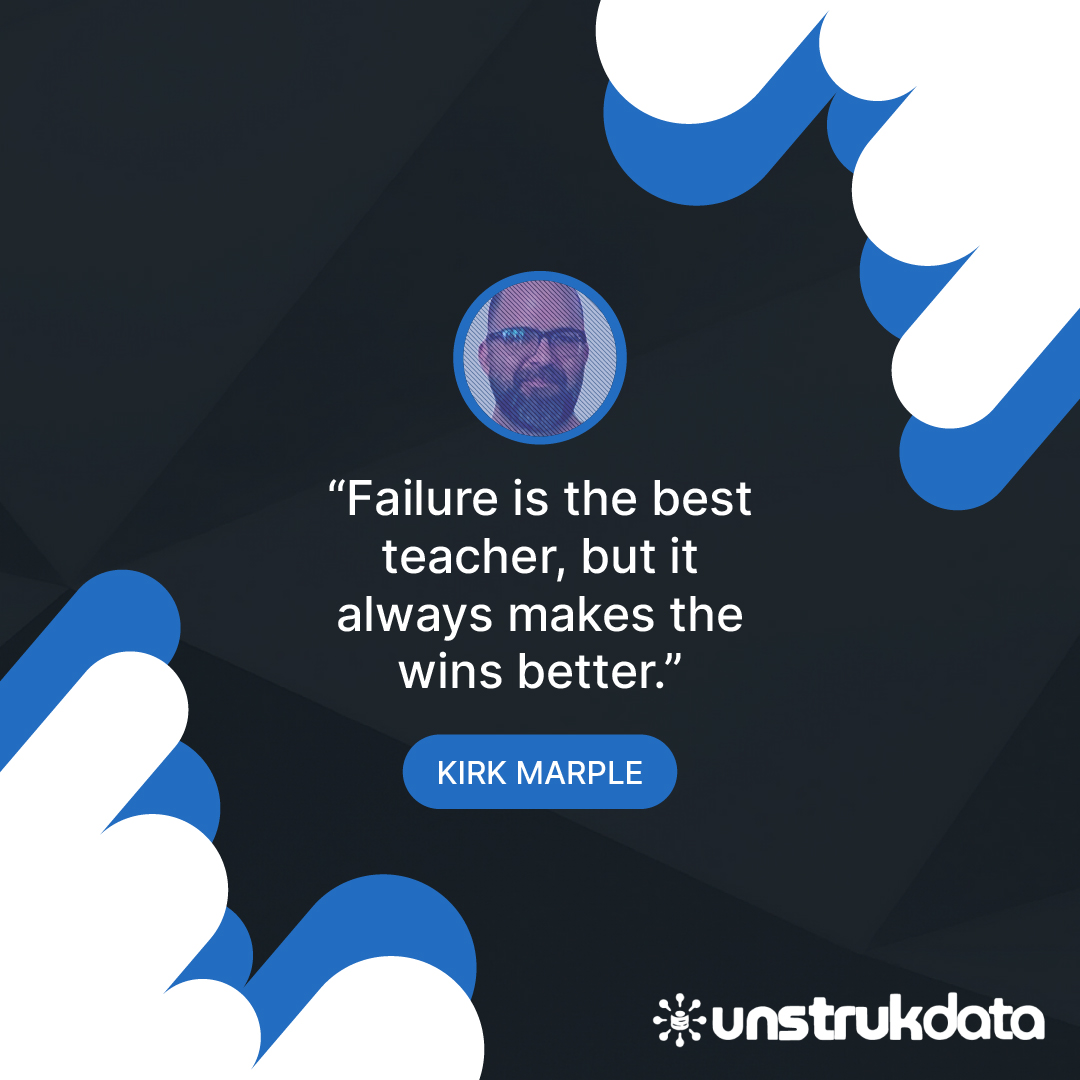 Kirk Marple is interviewed by William Glass on “Silicon Alley.” In this episode, Marple speaks about Unstruk as a developing company, what value it can bring to the manufacturing industry, and how this journey is one of contingent moments of Marple noticing connections between media data management and industrial data management. Marple also speaks about the way that being “remote first” contributes to its own productive work culture but not without effort. He also offers insights to the financial aspects of fundraising, bootstrapping, and having financial savvy.

So when you’re thinking about the value proposition to the business, what do you see is the real  pain point or problem that you’re solving?

That’s great question. I mean, we’re taking this in phases. So the first phase of the releases is the funnel to get data into the platform, and then it’s the extraction of information, or the auto organization of that data. But what do you do with that data? That’s the next phase. And we’re looking at that as two ways; one is collaboration. The ability to have team members comment on an image, or document, or set of data and share data- almost like a sort of a Slack-like collaboration model around their data, that’s that’s one thing. The other thing we’ve heard from customers is notifications. “We want to be told when something interesting happens”, because they have this flood of data coming in. That’s really the next phase.

Well, Kirk, in terms of “remote first”, I’m curious to dig into that a little bit. How does that work? How do you create and build a company and develop a team and kind of the culture in a remote first world?

It’s definitely tricky, but I think tools, obviously, are one of the first starting points- using Slack, using Google Docs very well. We’ve all worked together before and have met face to face face before, not a ton. I think people have to have good written communication, to explain themselves well. Asynchronous communication, where I’m a late night person, and I have people in early. there’s sometimes not overlap. If I’m working late at night and I leave a message for them, I have to be clear about that. I can’t just sit and schedule a meeting to explain something to them, I have to be clear in writing. I think honestly, that kind of communication is key, the attention to detail is very important. Also, I think we try and get together. We do an “all hands” meeting, where everybody on video. There’s a balance between that zoom fatigue where we do daily meetings on Discord. So we can have ways to chat the way we like….Culture wise, it’s definitely a challenge. It’s not everybody’s cup of tea, for sure. When I was at my old company, I was living in LA and commuting up to San Francisco, like every week for the first six months when I started and it was a very quiet office. I was so surprised…. There was just no energy. Communication and Slack was even planned. It was funny, because comparing that to my remote first company that I’ve been happy with, we’re chatting, we’re all like sending and sending gifs to each other and joking around. It’s just, so much more energy, even in a remote environment. So a culture you want to create has to kind of come out of that. So we we try and be at least light hearted about it and not be like so serious all the time. I think it helps kind of bring everybody into that equation.

Host / Podcast Bio: William Glass is the CEO of FinTech company Ostrich. He hosts “Silicon Alley” a podcast meant to platform entrepreneurs to talk about their journeys and finances to inspire listeners to take away the point that they, too, can run their own business and life.

Guest Bio: Kirk Marple is the CEO of Unstruk. He began his career in Media Management and entertainment, owning a transcoding company. After selling it to diversify his prospects, Marple found inspiration within other areas of data management such as the automotive industry. To Marple, the use of data for car imagery and closed captioning had parallels in “time based telemetry.” However, Marple noticed problems within the storage of unstructured data and metadata within file based formatting and decided to expand into the business of optimizing a system to store, organize, and analyze metadata within pools of stored information.