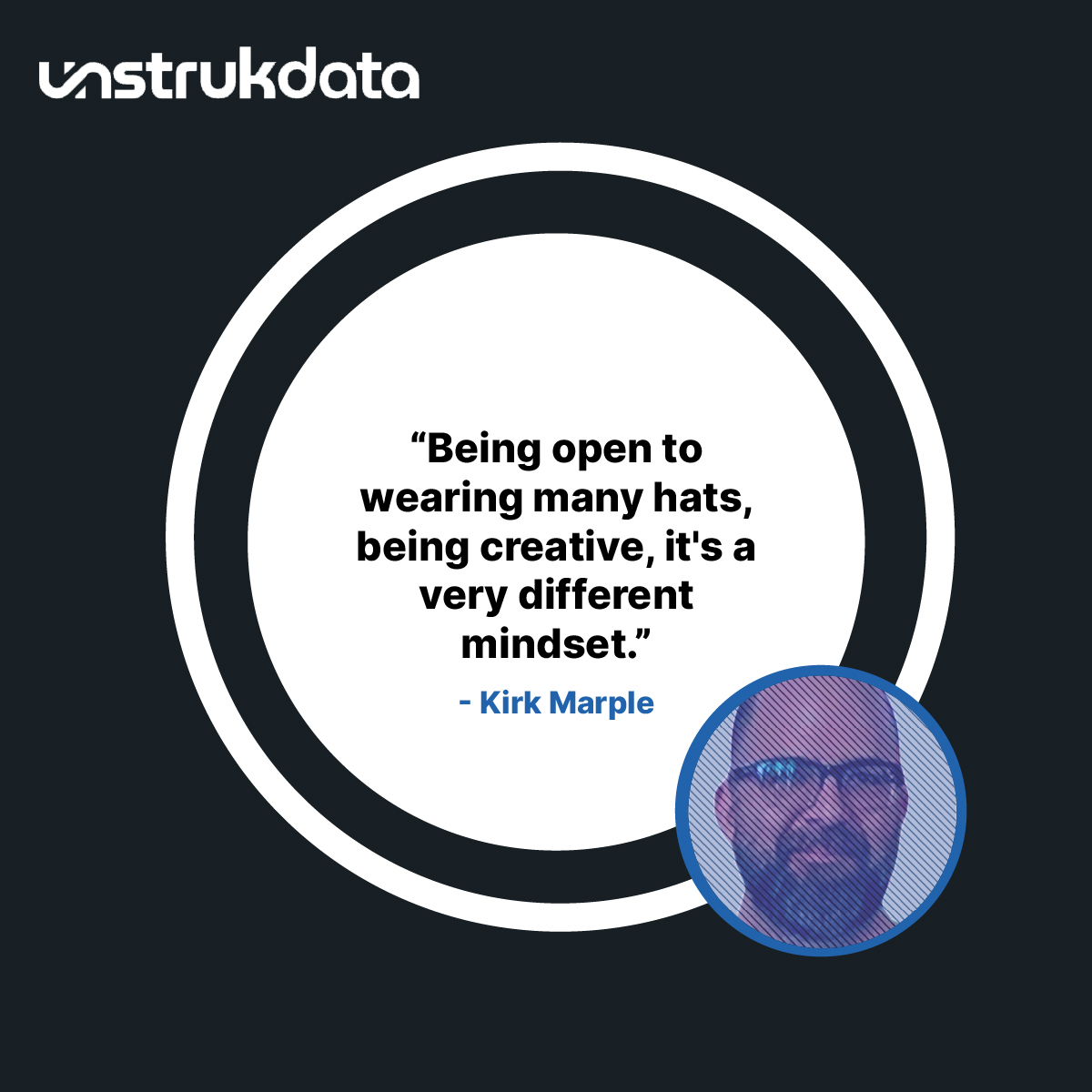 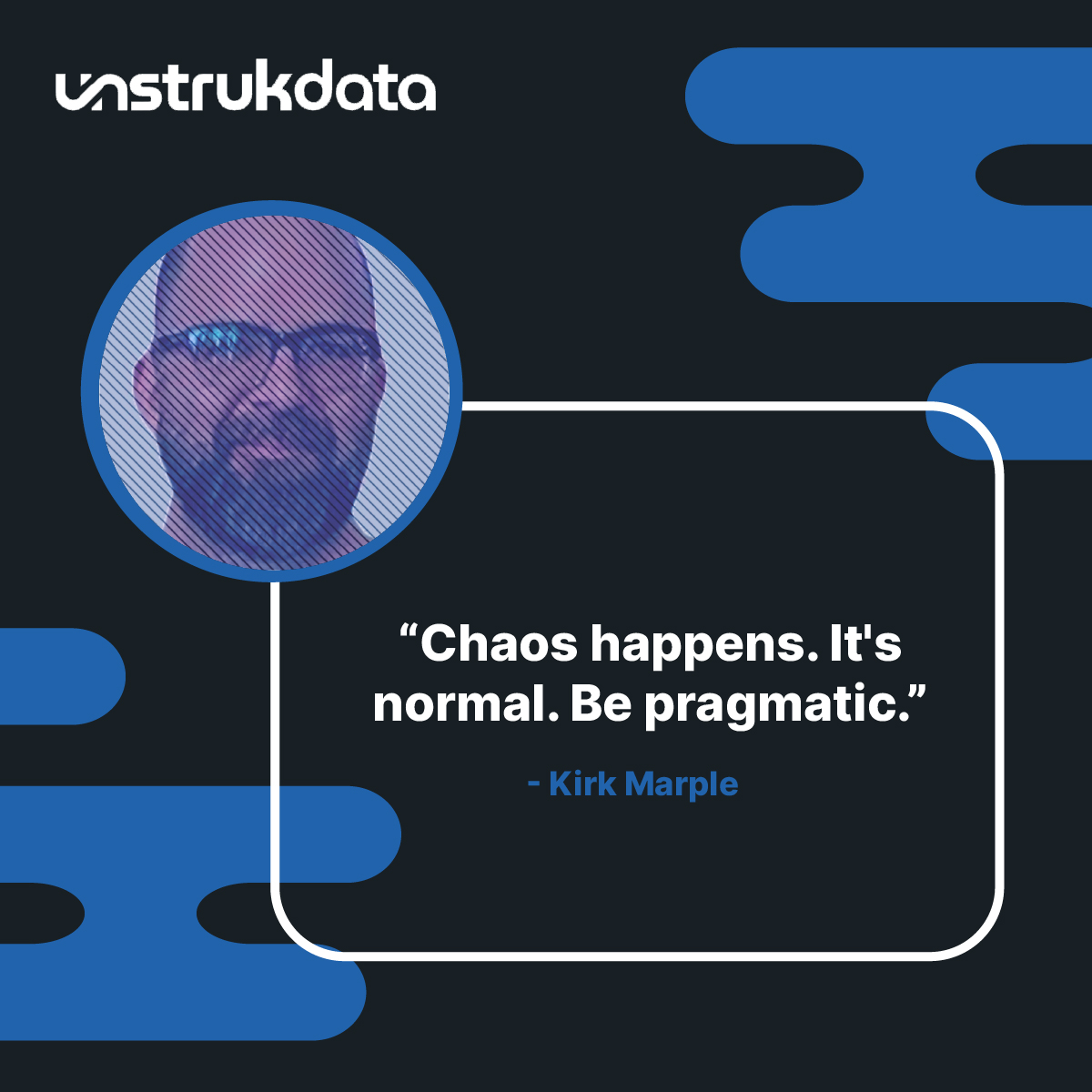 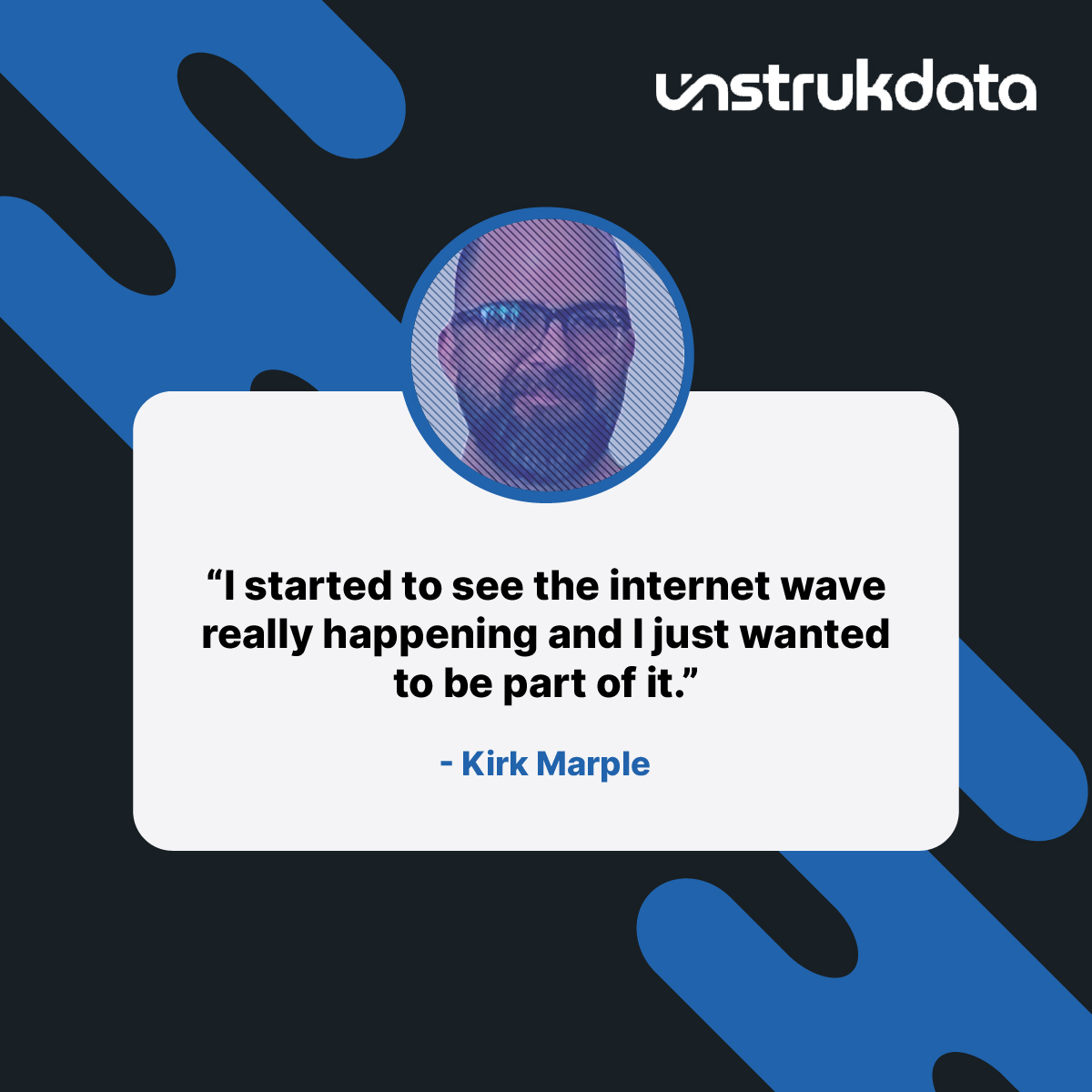 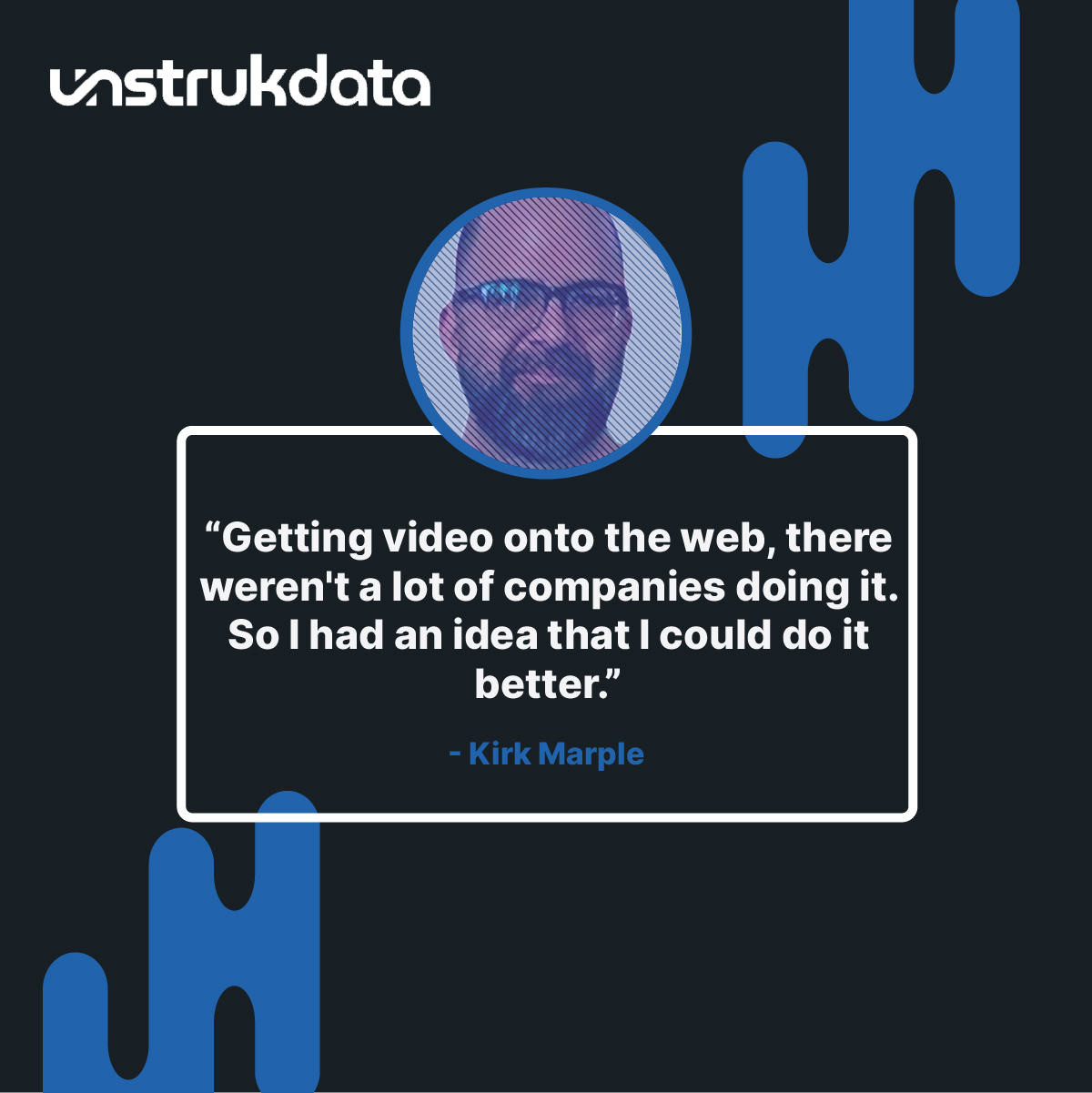 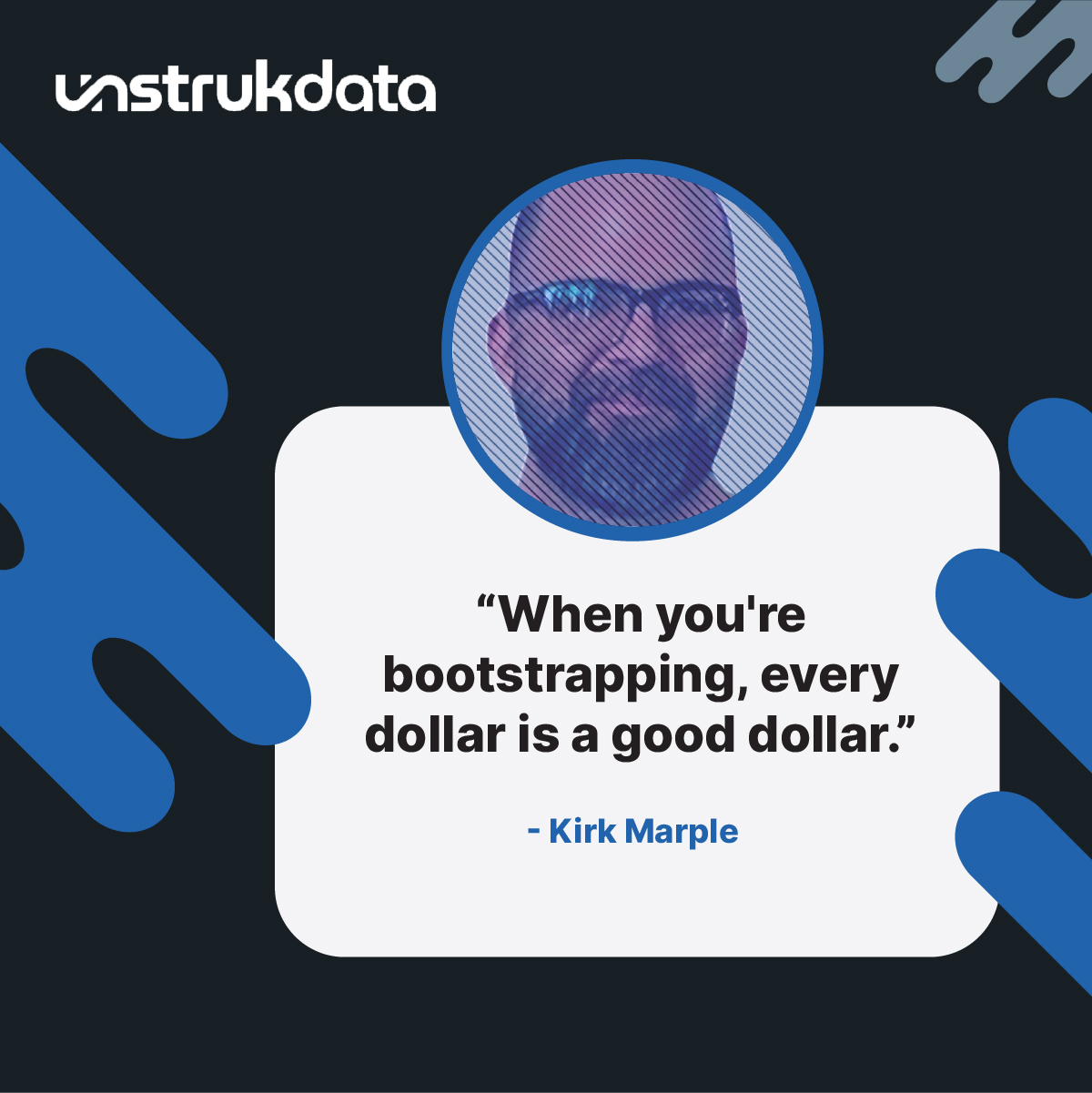 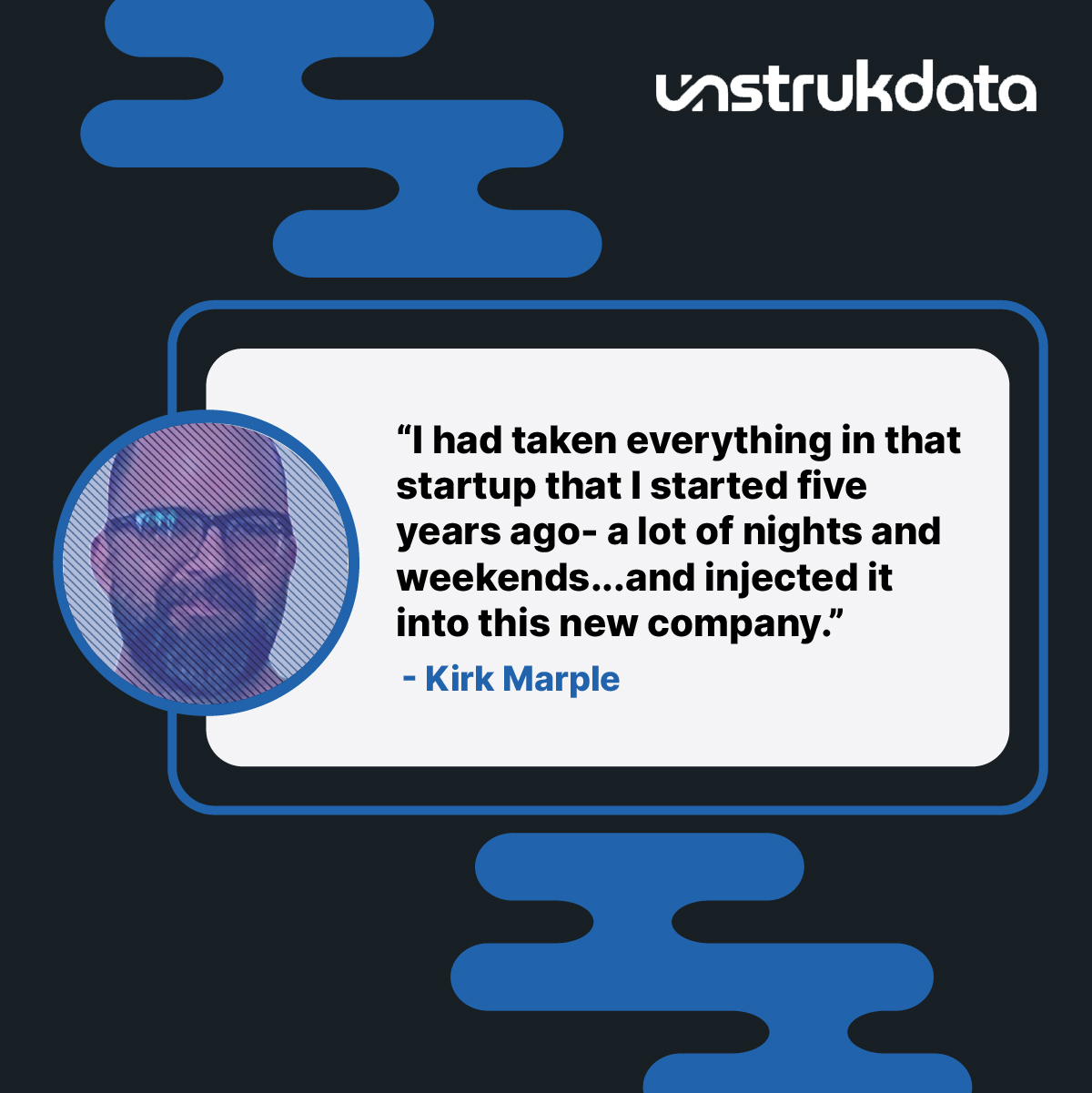 In this episode of “The Inventive Journey Podcast for Entrepreneurs,” Kirk Marple speaks with host Devin Miller. Marple tracks his history in developing what is now Unstruk Data. From switching career paths to shifting from software to the internet to even restarting the company, Marple highlights how one is always free to pursue their goal with agility, adaptability, and recognition of every detail of one’s own desired outcome.

Devin Miller: What made you decide that you wanted to go from Microsoft, which is a juggernaut in the software industry, to being more of a startup or small business or doing your own thing, kind of what was that trigger? What was the motivation there?

Marple: Yeah, I mean, if you think back to that time, it was a crazy time. I left right when the 2000 crash was happening. The stock market was crashing, and with Microsoft, the DOJ trial was happening. So I was at a point where…I was kind of trying to find my place there [Microsoft]…I started to see the internet wave happening and just wanted to be part of it. So I left and started working for a little company for just about six months, doing some video transcoding work as a director of engineering, but I met a guy there that ended up being my co-founder.  The company we work for got merged with somebody else. So it was either go with them or go off on our own.

Devin Miller: Did you have a business in mind? An idea of what you’re going to go after? And then I think, as you mentioned, the ups and downs. You restarted the company- how did that come about?

Marple: I mean, we pretty much do what we were doing day one. I mean, it was basically about automating video transcoding, and if you think back a while ago, 20 years ago, YouTube didn’t exist yet. A lot of this stuff that we’re so used to today didn’t exist. And the idea of automating how to get video onto the web. There weren’t a lot of companies doing it. So I had an idea from my experience that I could do it better and build a media management system that could be something useful. So we pretty much went heads down for a while and started building something… and we bootstrapped the whole thing. We never took any funding in and started to get a bit of momentum. And this is about the ups and downs in the early days- yeah, when you’re bootstrapping, every dollar is a good dollar. So we learned a lot….

We’d been going for a while, making seven figure revenue and be able to survive. We were a small team, and I think we hit a point where- it was the classic kind of co founder divorce scenario- where it wasn’t working anymore. It was a rough period of time, where we had to decide okay, “Do I just go get another job? Or do we figure out a fresh start for the business?”, and we ended up figuring out that a way to move on and basically restart the company was to bring over the IP from the other company. A lot of legal fees, and all that kind of stuff, but it ended up being a positive. So I brought over my VP of sales as one of our new co founders, and yeah, it took another four years, but we wanted to really blossom and make something out of it…

Devin Miller is the founder of Miller IP Law. He is a patent attorney who wanted to help creators of Fortune 100 companies with protecting their intellectual property. He also hosts “The Inventive Journey”, a way to get to know of different entrepreneurs and their journeys.

Kirk Marple is the CEO of Unstruk. He began his career in Media Management and entertainment, owning a transcoding company. After selling it to diversify his prospects, Marple found inspiration within other areas of data management such as the automotive industry. To Marple, the use of data for car imagery and closed captioning had parallels in “time based telemetry.” However, Marple noticed problems within the storage of unstructured data and metadata within file based formatting and decided to expand into the business of optimizing a system to store, organize, and analyze metadata within pools of stored information.